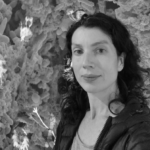 Dr Muriel Derrien is senior scientist at Danone Research (Palaiseau, France).  She has a long-standing experience in gut microbiota, that started in 2002 at Wageningen University. Her PhD, part of an  European project, focussed on the characterization of mucin-degrading bacterial communities in human, and their association with host. Notably, she isolated Akkermansia muciniphila, which is now of the most promising next-generation beneficial microbe. During her post-doc research, she worked on more inter-disciplinary projects within the Dutch consortium Top Institute in Food and Nutrition, where she was part of several projects to elucidate the interaction between gut microbiota and host, following dietary interventions. In 2010, she joined Danone Research in France, where she is currently leading national and international projects on the topic of nutrition and gut microbiota, and overall the gut microbiota research. Her major ambition is to elucidate how diet including next-generation probiotics, can be selected for specific functional trait, to enrich gut microbiota function, taking into account of gut microbiota variability amongst subjects, and ultimately improve human health.

We use cookies to ensure that we give you the best experience on our website. If you continue to use this site we will assume that you are happy with it.Ok